A Glorious Noise You should have heard it.

The setting: The Village Opera House, in Windhoek, Namibia.

It is a cold Saturday in July, yeah. The typical mid-month hump is slowing down momentum and fouling moods. Think colds and flus with their life-sapping misery and idling, waiting for better, warmer days. Plans are made and rarely kept; winter is such a terrible time for commitments. If the frigid season is not approached at the right speed, and in the proper gear of mind, it will stall engines engines—both literal and figurative.

The only way out is through.

To get over this time, the accelerator needs to be pressed to the floor.

What is needed is more. 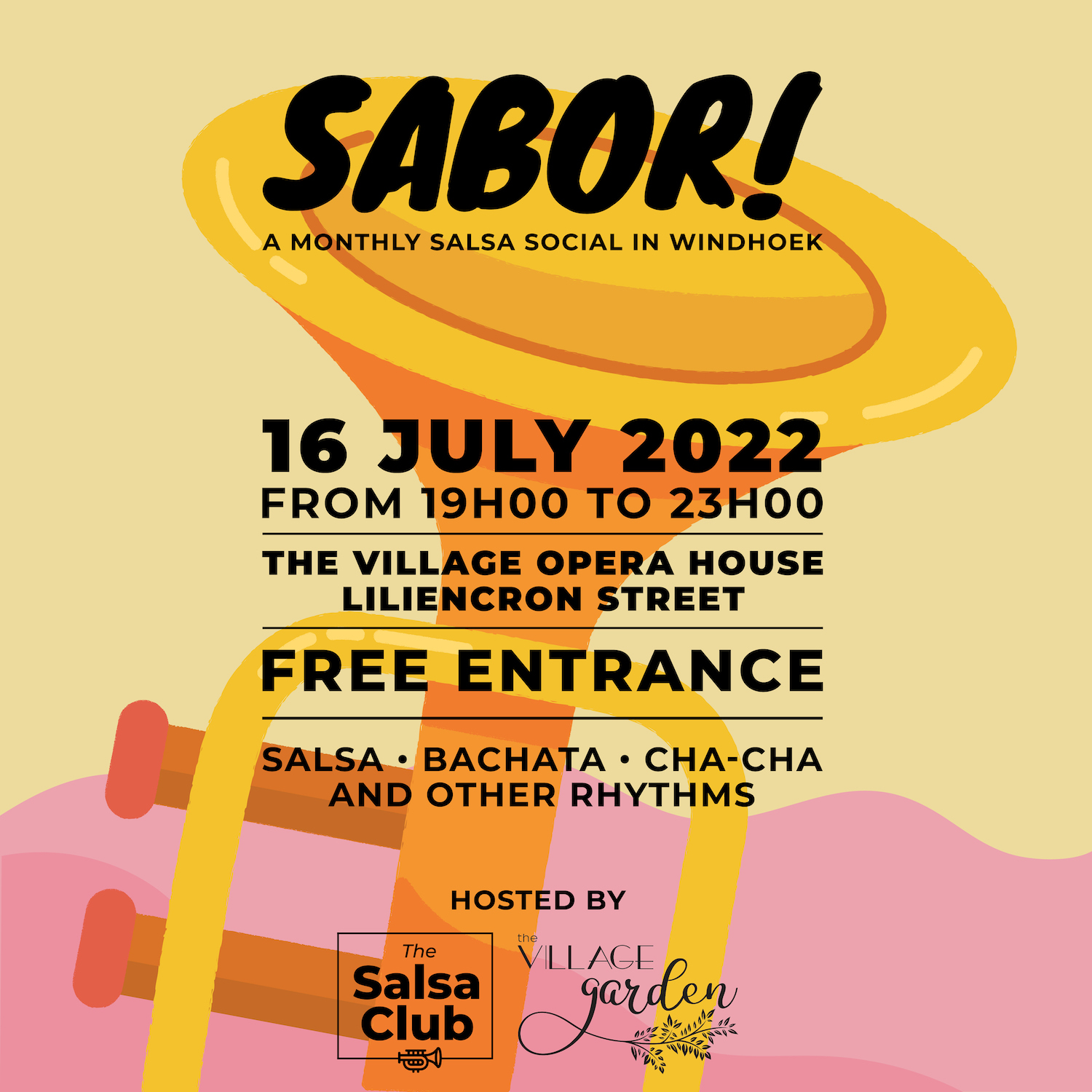 And there is this monthly social called Sabor!, yeah. It is a dancing shindig where people from all walks of Windhoek life—young and old, local and foreign, strangers and friends, experienced salseros and salseras and dance floor newbies—come together to create mesmerising motion, meet, and mingle. There are drinks, there is food, and there is the coolest and most relaxing milieu in the whole city: The Village. This monthly get-together of movement and music has recently restarted after a long hiatus; it is on its second installment. So it is still new, but also not. For those who have attended such evenings before this is another meeting of kindred spirits; first-timers are curious and eager, the dancer’s defining characteristics.

Salsa, bachata, and cha cha are the staple sounds of the gathering. Classic and contemporary salsa singers and bands from around the world have their music conducting the pairing and unpairing dancers: one song—switch, second song—switch, third—switch. It is how socials work in the dance capitals of the world—you have to dance with as many people as possible—and it is no exception here. Even in this far corner of the world, the etiquettes of the cultures that birthed social dancing are respected.

But there is a local twist. Something that makes this party special.

Any cultural observer will tell you that anything that moves away from the centre takes on the features of the frontier. English, French, Spanish, and Portuguese change from country to country as the languages spread further from their historical origins. Religions of all kinds are adapted to changing geographies, morphing themselves to incorporate existing cultural practices of a place. Even something like egg-fried rice is eventually made from ingredients other than egg-fried rice (this is a strange one, don’t think about it too hard) when its popularity spreads it around the globe.

So there are other rhythms purring through the speakers: old school hip-hop and R&B from throwback eras that lean and rock with it; dance hall and reggaeton from the riddim tropics made for whinin’; Afrobeat from distant latitudes of the African continent that inspire new, on-the-spot inventions of choreography; funk and soul and from the radio past that generate popular line dances—if a song has the potential to generate movement, it makes an appearance on the playlist.

Back to the party.

It starts slowly—as all parties do—with the most inquisitive but shy attendants arriving first. Then come the regulars who are more attuned to the rhythms and cycles of the dance floor and its calendar. Gradually, the crowd thickens and becomes more energetic as more people join the dance floor. By the fifth song of the evening, the social is a melange of melodic movement and a glorious noise made of music, laughter, and conversation. You have to hear it to believe it.

That mid-month hump that sits like a heavy weight on the calendar is summited and overcome.

Because this party at The Village’s Opera House has more. 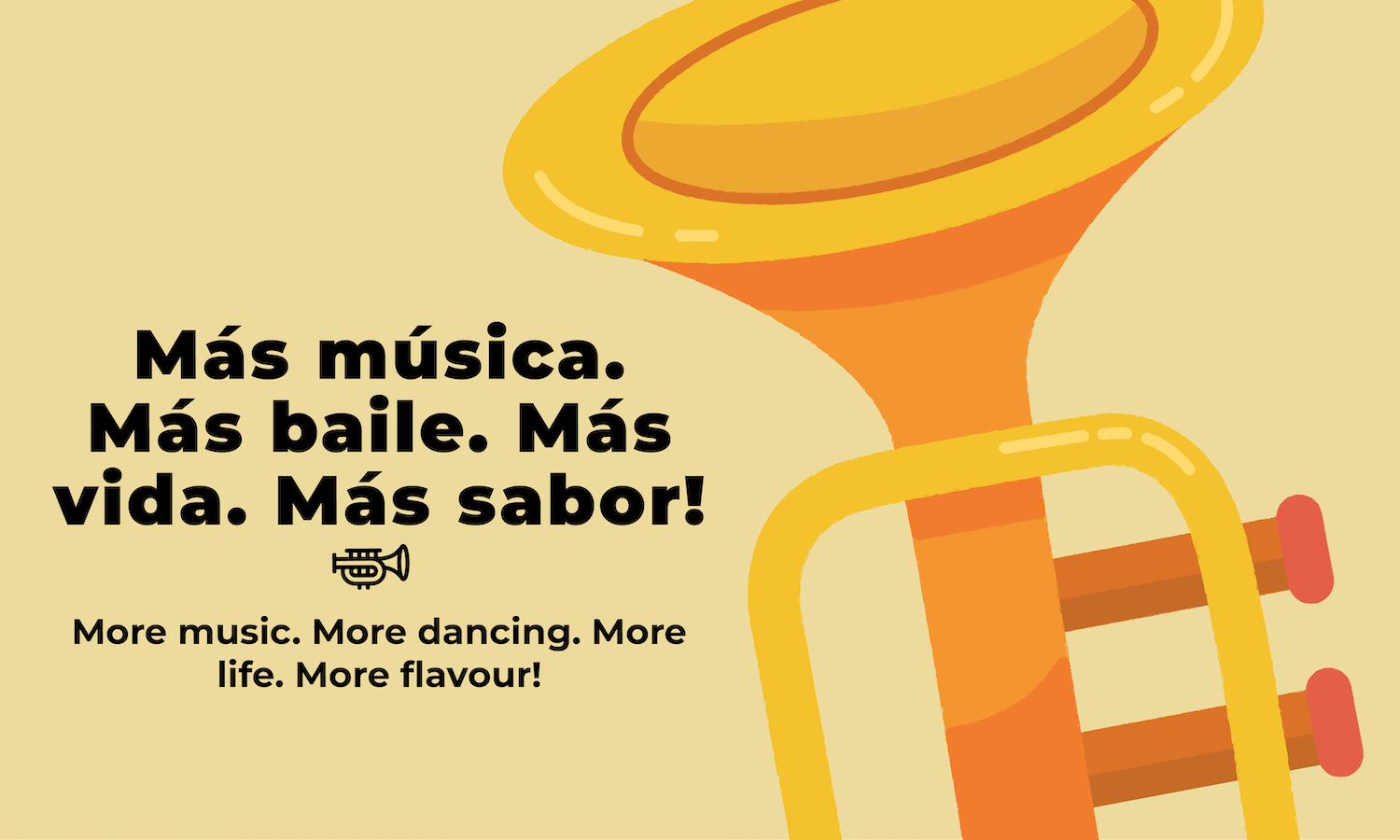 Yo No Sé Mañana—Luis Enrique

This Is How We Do It—Montell Jordan

Rémy is a Rwandan-born Namibian writer and photographer. He is the founder, chairperson, and artministrator of Doek, an independent arts organisation in Namibia supporting the literary arts. He is also the editor-in-chief of Doek! Literary Magazine.

His debut novel The Eternal Audience Of One was first published in South Africa by Blackbird Books and is available worldwide from Scout Press (S&S). His work has appeared in The Johannesburg Review of Books, Brainwavez, American Chordata, Lolwe, and Granta, among others, with more forthcoming in numerous publications. He won the Africa Regional Prize of the 2021 Commonwealth Short Story Prize. He was shortlisted for the AKO Caine Prize for African Writing in 2020 and 2021 and was also longlisted and shortlisted for the 2020 and 2021 Afritondo Short Story Prizes respectively. In 2019 he was shortlisted for Best Original Fiction by Stack Magazines.